I just learned of a fellow who goes to my folks’ church in North Carolina, who has written some interesting stuff on the flag in church, the Kingdom of God, and related topics.  I encourage you to take a look at his site, www.kingdomofgodflag.info.  In particular, I was intrigued by this comment in his post on “Patriotism:”

When people say “Freedom isn’t Free,” what they’re actually saying is: “Freedom isn’t free – it requires killing and dying, human sacrifice, as if to the gods of old. It is not a gift from God. Gifts are free. Grace is a gift. Freedom, on the other hand, is earned. And because freedom is earned, we deserve it. We bought it (and continue to pay for it) with our blood, fair and square. We need thank no one but ourselves. Our perseverance and superiority over others have given us a reward worthy of a great people.” 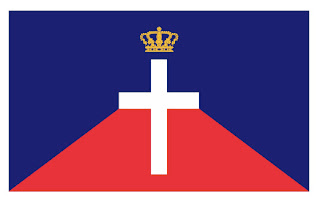 Scott has actually developed a proposed “Kingdom of God flag” to use in lieu of the current “Christian flag” when one wishes to symbolize the universal nature of the Kingdom.  He has, I think, put some serious thought into the meaning of the symbolic elements of that flag, and this, too, is worth a read.

One thought on “Recommended reading on nationalism and peace”